I found a similar pattern for this out of one of my baby quilting books.  I wasn't a fan of the duck they had in the middle and I wanted Prairie Points so I changed it up and made it my own.  The duck in the middle I actually got off of my shower curtain at the time.  I just love ducks and collect them so the duck in the middle just had to be perfect.  To get the image for the quilt I traced my shower curtain and then enlarged it and then traced and appliqued from there.

The flying geese blocks were arranged in groups of two to make a square then then those were sown in group of four to make a bigger square.  I then sewed these squares together around the center appliqued image.

The prairie points were not as scary as I thought they'd be.  I had made a few extra just in case then once the quilt top was all pieced and quilted I sewed them on.  I placed them and moved them around until they were just perfect then pinned like crazy.  I love the extra bit of fun it added to the quilt and how it continued the whole triangle element. 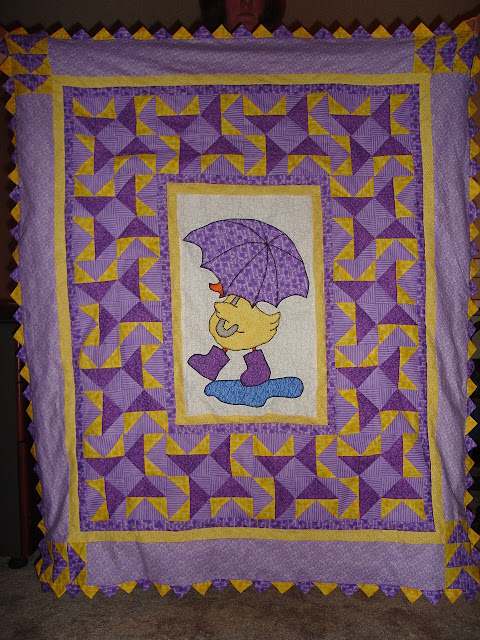 Email ThisBlogThis!Share to TwitterShare to FacebookShare to Pinterest
Labels: Quilt 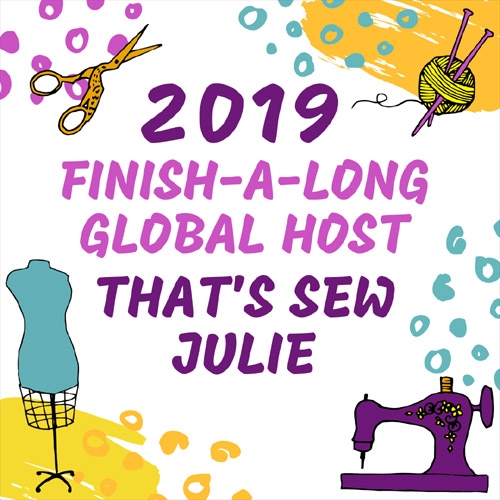